Earlier this year, MVNO Zero1 launched with a 3GB to Unlimited plan. I managed to snag a SIM card at the promo price of $19 which makes it a great deal. After the promo for the first 3000 subscribers, the price became $29.99. Which is about $10 more but still a good deal, although not great. Why is 3GB at this price a good deal? Well, you get a data plan with 200min of talktime, 200 SMS and free caller ID, which in my case is more than sufficient. When the 3GB cap is breached, Zero1 will manage your speed (throttle) but in the past 6 months of usage, I’ve still been able to chat on WhatsApp, watch videos on Youtube and listen to music from Spotify, even when I exceed 3GB. If you are interested to see what speeds you get slowed down to, click here. 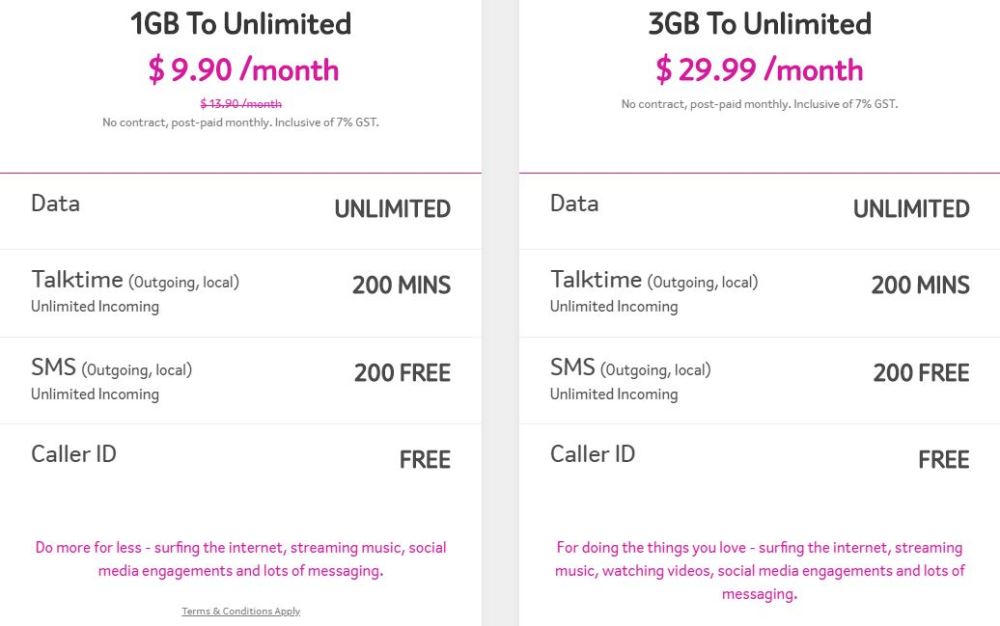 Then a couple of weeks back, Zero1 suddenly, without any warning launched another plan (see above). The 1GB to Unlimited plan. At first, I was not interested, since I was already happily on the 3GB plan. Then after about a week, I changed my mind, mainly out of curiosity. So I signed up for a new line and it arrived within the week. Seems like this time round, not many people are interested. Hence the speed at which I received the SIM card.

I finally found the time to test it. The 4G speed is very good. There’s no question, since it rides on Singtel’s infrastructure. Firing up Youtube and the phone’s hotspot, I ran down the 1GB within minutes. 😛 Immediately, I could feel the slow down. In fact, at that point, I had 3 phones tethered to the main phone and they were going really slow. One phone even had a no network error message. LOL!

After turning off the hotspot, I started Speedtest by Ookla and ran 5 tests continuously. 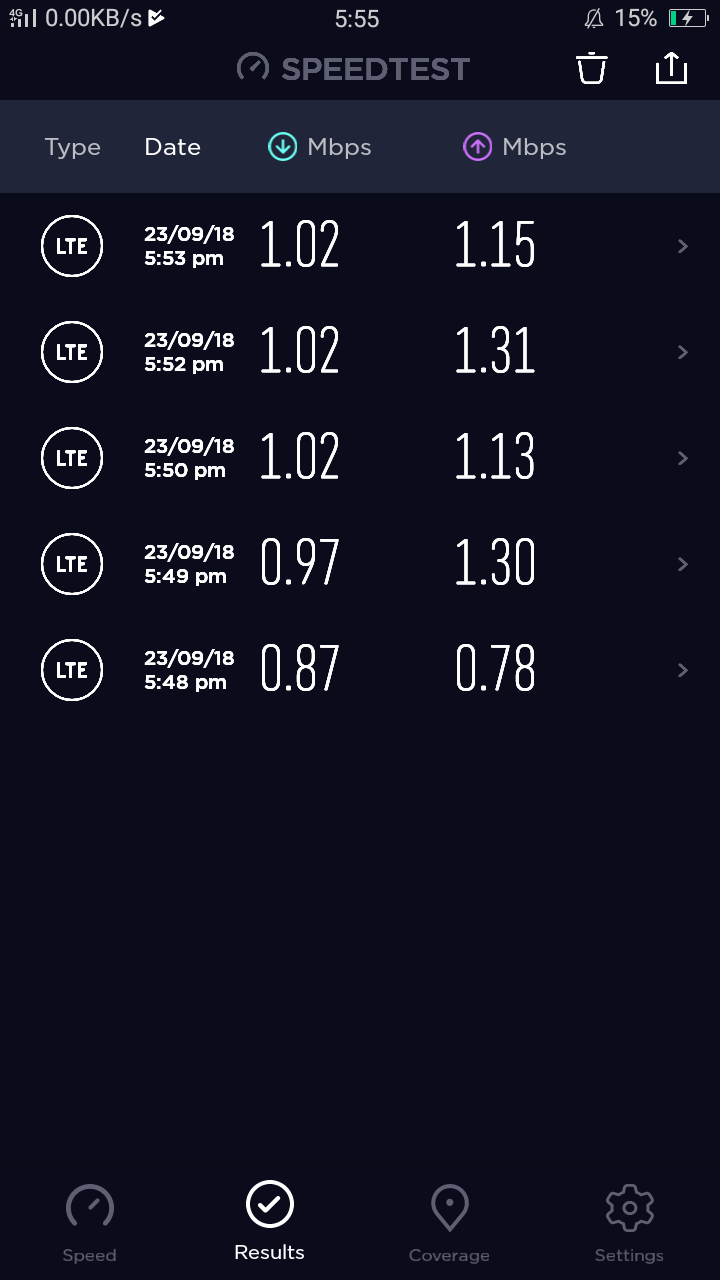 So, the results are in! The 1GB to Unlimited is similar to the 3GB to Unlimited plan. Only difference, you get 2GB less of high speed data. If you are a light user like me, that’s no issue at all. Go for it, if you are still on the fence. 🙂

One last thing. The 1GB to Unlimited plan is $9.90 for the first 6 months. However, you need to pay a one time processing fee of $10.70. Therefore, the promo is effectively only for 5 months. 5 x $4 = $20. Ok lah, can get a nice meal at the hawker center. After the promo, the price is $13.90, which works out to be only slightly cheaper than the 3GB plan. So for the price of a simple meal at the hawker center, you give up 2GB of high speed data. Here, I’ve broken it down for you. Decide if this is for you…